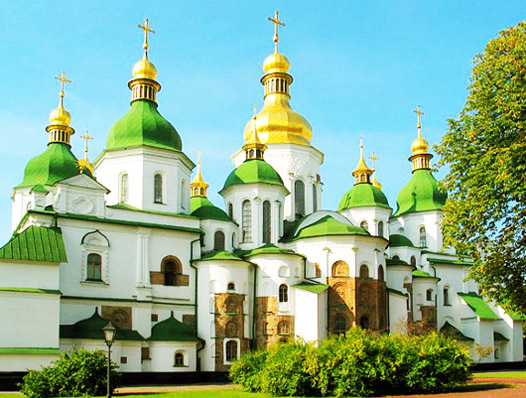 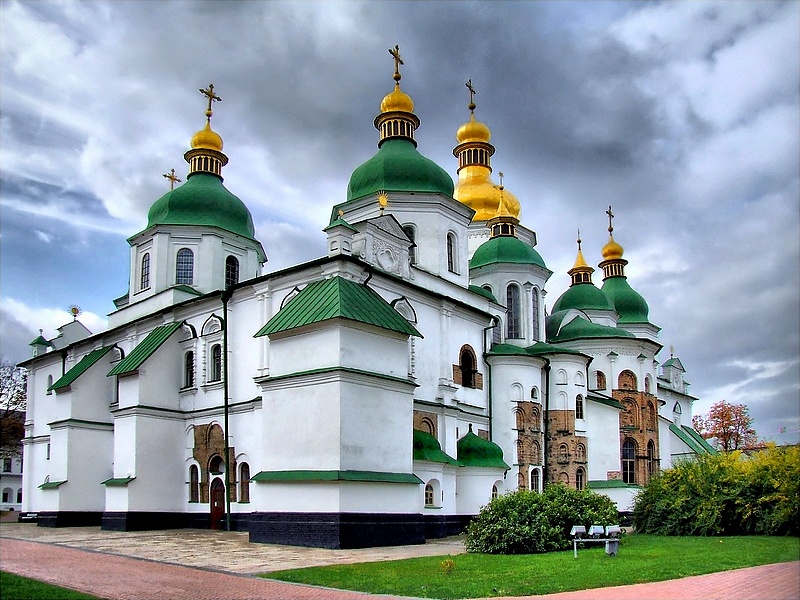 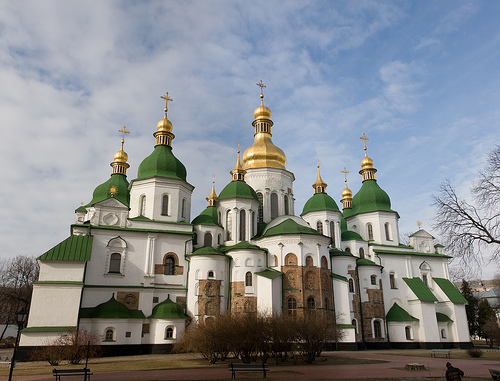 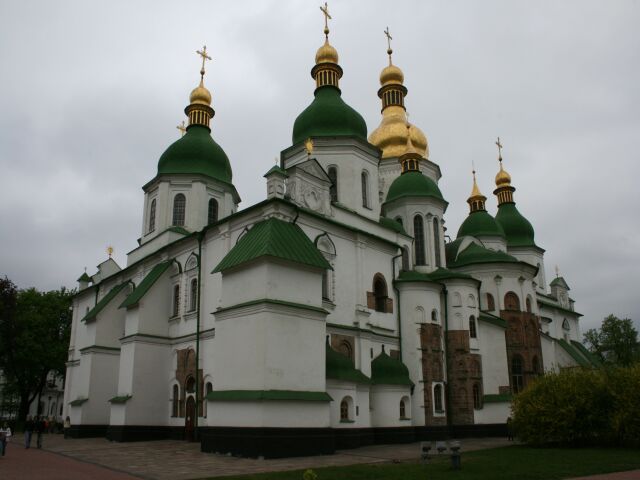 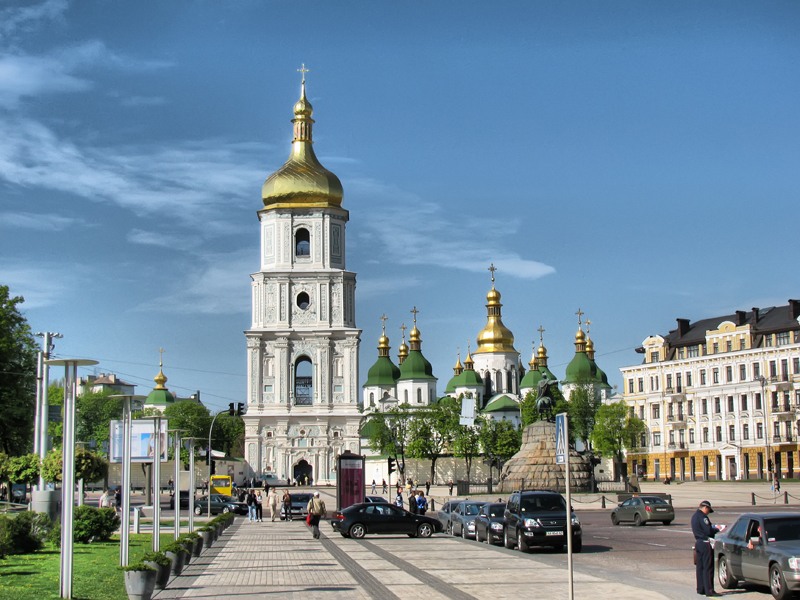 Only in 1049 the metropolitan of Kiev Feopemt have consecrated the majestic building. Sophia became the main temple of the country — here ceremonies of ascending the throne were held, here Kiev Grand Duke received the foreign ambassadors, here were placed the burial-vaults of grand Dukes. In St. Sophia Cathedral Yaroslav the Wise had founded first Kievan Rus library — here a chronicle was kept and old books were rewritten and translated. In that time Kievan Rus was one of the largest civilized countries in Europe — it had wide trade and diplomatic connections with countries of West and East, and many kings of European countries considered it an honor to become related with Grand Duke of Kiev.St.

In XI-XIII centuries cathedral was repeatedly ravaged - by polovtsy, pechenegs, and especially seriously by Tatar Mongols who captured Kiev in 1240 under the leadership of Batiy khan. The cathedral was ruined but not annihilated — the Batiy khan forces "have spared its marvelous beauty".

The threat of cathedral destruction appeared in XX century. In the beginning of 1930th soviet power has decided to abolish St. Sophia Cathedral complex, and only the interference of France where remembered that Queen Anna (the wife of Henry I) was the daughter of Yaroslav the Wise, who founded St. Sophia Cathedral, kept this relic from ruining. Communist was afraid of international scandal — so Sofia museum-reserve appeared in 1934. Research and restoration works was started.

http://www.ukrainehotelsonline.comhttp://redrose.in.ua
Are you planning your vacation or business trip to Ukraine? Ukraine Hotels Advisor will help you to organize it in few minutes. Here you’ll find unbiased hotel reviews and recommendations which assist you to choose perfect hotel and resort in Ukraine. Using our online booking system you can reserve comprehensive range of tourist services and receive instant confirmation without wasting the time. Fruitful collaboration with Ukrainian hotels gives us the opportunity to be the first in providing hot hotels offers for you. Stay up to date and subscribe to our weekly newsletter!