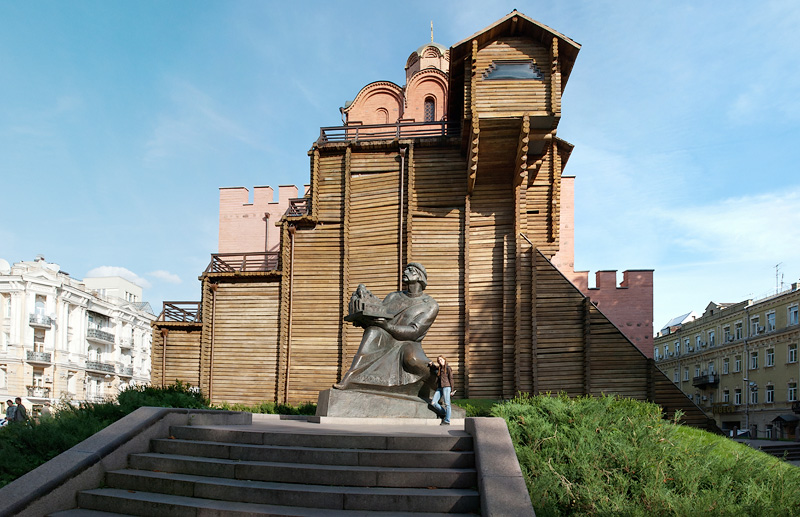 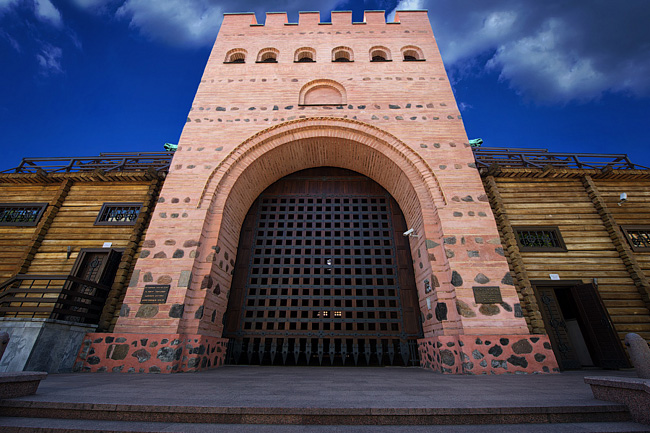 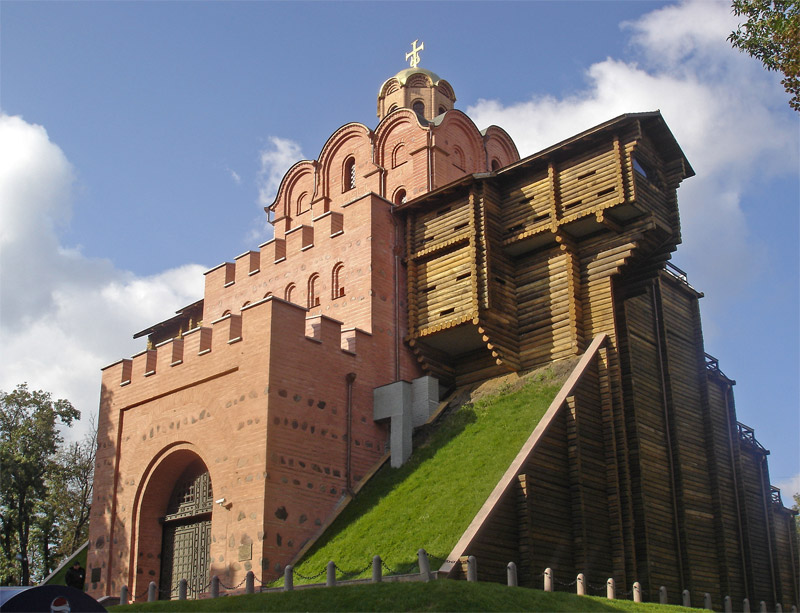 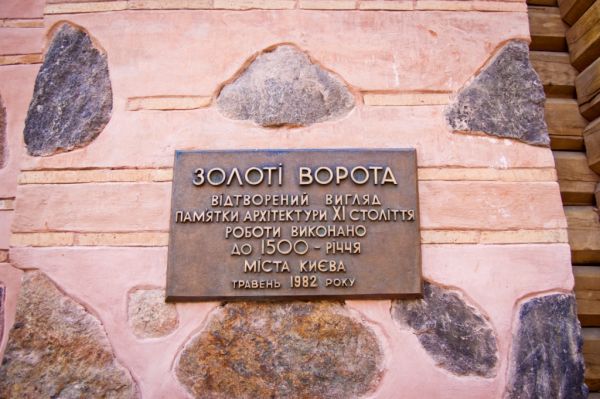 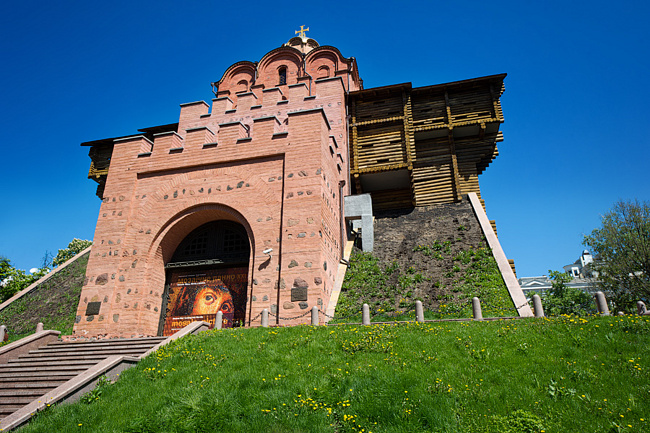 The name of the Gate in Kiev reminds of famous entrance to Constantinople: Kiev prince Yaroslav Mudry wanted to underline that his country was as powerful as Byzantine Empire.

Yaroslav Mudry paid much attention to Kiev enlargement, consolidation and fortification. During the time of his rule the territory of the city became 10 times larger than it had used to be. Yaroslav was the one who destroyed hordes of nomads Pechenegs who regularly attacked Kiev. On the site where Yaroslav's troops won the final victory over the nomads the prince ordered to found the fortification tower that was named Golden Gate. The legend says that before the final battle with powerful Pechenegs Yaroslav Mudry prayed and begged the Virgin to help him to defeat the enemy. He promised to build the church dedicated to the Mother of God in case of success. He did not forget his promise and ordered to top Golden Gate with gilded-domed Annunciation Church. Until 1699 Golden Gate was decorated with the image of Our Lady of Kazan.

Kievers called Golden Gate "the sky gate", as every morning the sun passed through it, rose and entered "the vault of heaven". It was a splendid view, and the citizens of Kiev believed that sun and Golden Gate saved the city from darkness and death. The fortification construction of Golden Gate was totally inaccessible: nomadic tribes could never take it by assault, and even Baty-khan didn't manage to enter the city through the Gate. He stormed a less fortified city entrance and destroyed Golden Gate from inside.

In the 16th-17th centuries Golden Gate was in poor condition, but it was still used as a gala entrance to Kiev until the middle of the 18th century. Golden Gate witnessed many important historical events. In 1648 Kievers greeted the hero of the Ukrainian national liberation struggle Bogdan Khmelnitsky after his victory on Yellow Waters. In 1654, the year of reunion of Russia and Ukraine, Russian ambassadors solemnly passed through Golden Gate. In the middle of the 18th century the ruins of Golden Gate were covered up with earth.

The second birth of Golden Gate occurred in 1832, when archeologists discovered the ruins of old fortification construction. They were restored and fenced with metal iron. Kievers and guests of the city could admire the symbol of Russia's power. In 1970 it was decided to construct a pavilion that would protect the ruins and recreate the original look of Golden Gate. The museum exposition presents items related to the history of old Kiev, including weapons, everyday life objects and other exhibits that were found in the course of archeological excavations in the area of Golden Gate. It was discovered that the floor and the walls of old Annunciation church were covered with frescos and mosaics. It was the very church that was put up in honor of the Virgin as the gratitude for the victory over the Pechenegs, so the little pieces of smalt and plaster that were found are especially precious. The restored church was also decorated with mosaics and frescos. The reconstructed pavilion of Golden Gate was opened in May 1982, when the country celebrated the 1,500th anniversary of Kiev.