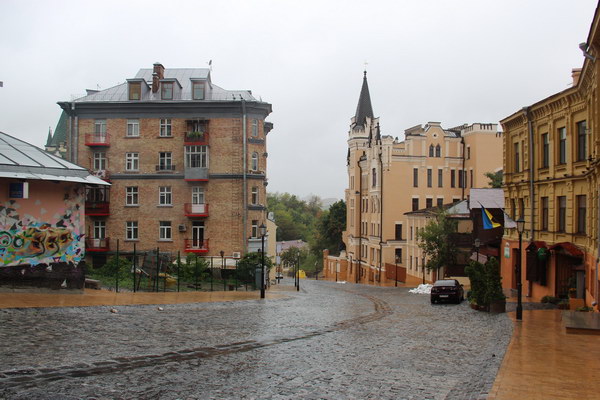 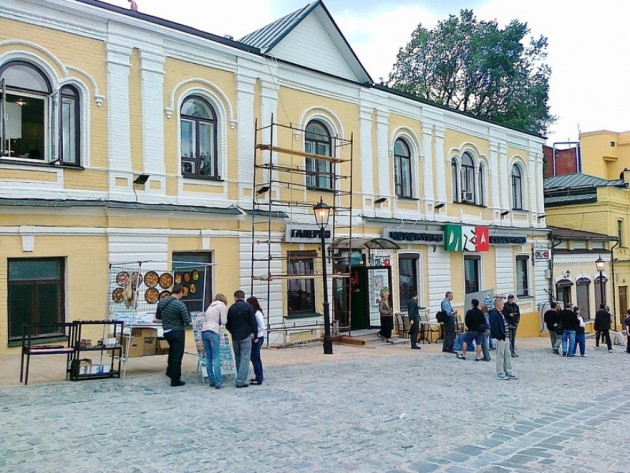 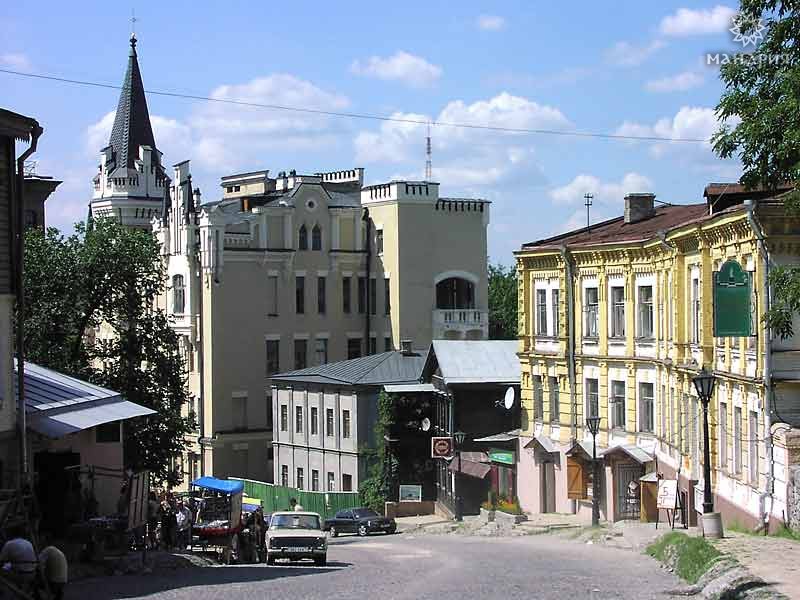 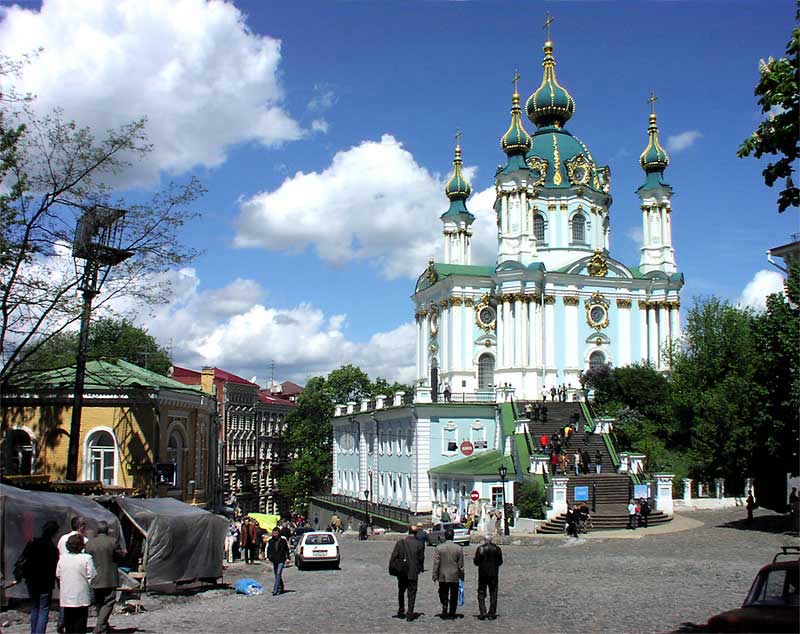 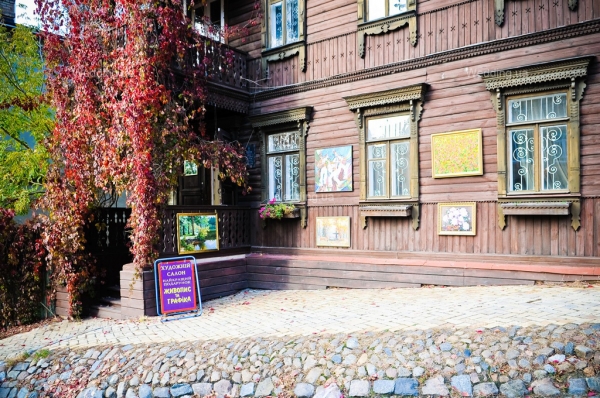 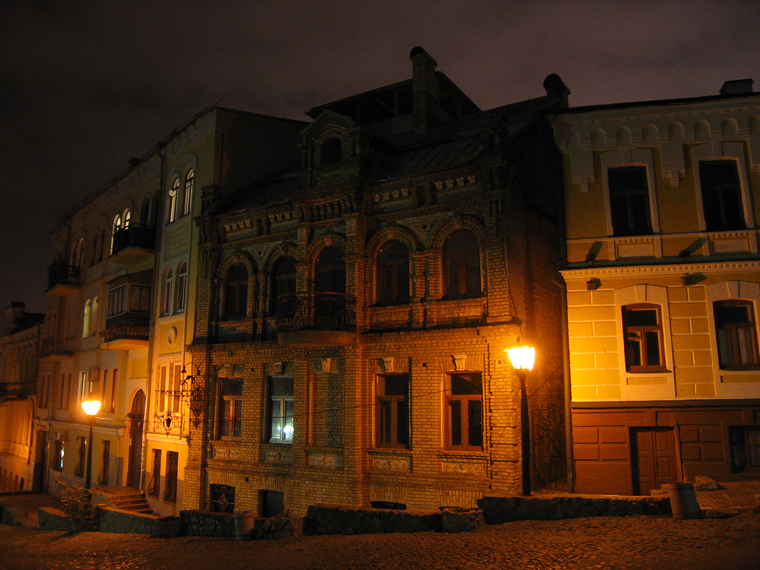 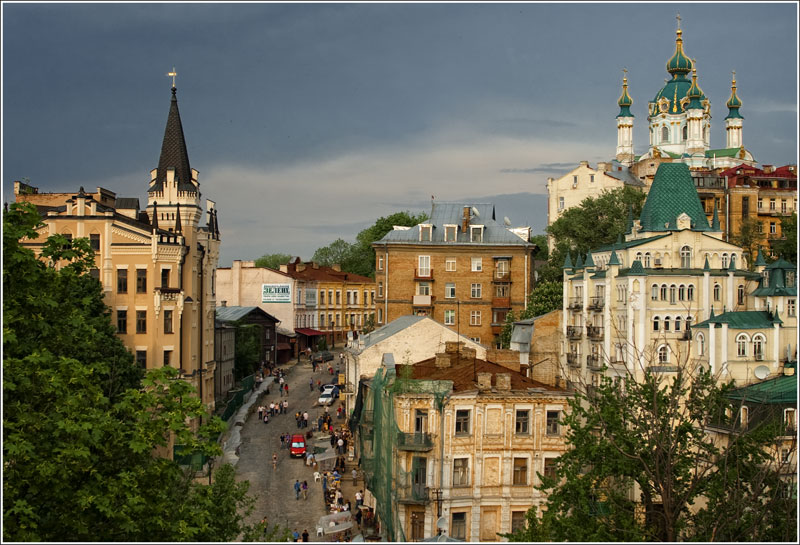 By the legend Andreevskiy spusk took its name after St. Andrew Pervozvanniy. The story tells that in former times there was the sea were now Dnieper flows, but when St. Andrew came and placed a cross on the top of the hill the water had hidden. Nowadays Andreevskaya church is standing on this place.

In the times of Kievan Rus Andreevskiy spusk was the shortest way from Upper city where were situated Golden Gates and St. Sofia Cathedral to Lower city — Podol, where was city port and craft and trade wards.

In 1711 by the order of Kiev governor-general the passage between Zamkovaya and Andreevskaya hills had been widen, thus it became suitable not only for pedestrians and horsemen, but also for carriages and wagons.

Contemporary buildings of Andreevskiy spusk were mostly constructed in the end of XIX and beginning of ХХ centuries. Here lived and worked many famous scientists, writers, composers, artists and sculptors.